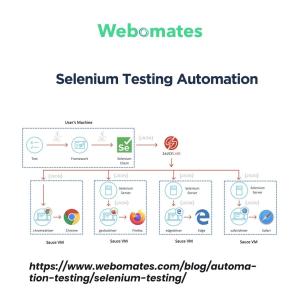 Ref: UK213290
Selenium testing automation is the most widely used testing method used across for web based applications. he incessant need for quality assurance and rigorous testing in complex web and mobile applications has resulted in the market selecting Selenium and it has become the most prominent tool in this space.

So, what is Selenium based automation testing?
Selenium commands are used by automation scripts for emulating user actions on web page. Furthermore, Selenium is an open source automated testing tool available for several dedicated purposes on web-based applications, which provides support for different web browsers, operating systems and programming languages. Selenium is a software testing suite written in Java and has paved the way to become the de facto product in the quality assurance world.